Relactating and building your breastmilk supply…YOUR MILK CAN FLOW AGAIN!

Are you feeding your baby breastmilk and formula (mixed feeding) but would like to exclusively feed your baby your breastmilk only?

Are you currently formula feeding but would love to breastfeed your baby?

Have you weaned your baby but would like to breastfeed again?

Have a read of the following two stories from women who have experienced low supply, mixed feeding and relactation.  Both of these women are now breastfeeding their babies again without supplementing with artificial breastmilk or donor breastmilk. Just 100% of their own milk! Many women find it is possible to relactate AND build up their supply!  It is even possible for women who have never been pregnant to lactate.  Many women have induced lacation in order to feed their adopted babies.

Here are some basic tips to relactate, increase your milk and/or get your baby interested in breastfeeding…

1. You can start pumping if you find your baby does not want to breastfeed for very long, or is not interested in taking the breast.  Since you are trying to build your supply back up or induce lactation again, it is important to pump frequently.  If you can pump about every 2-3 hours that is ideal. At night you can go for longer between pumping but try to get at least one pumping session in per night.  When you start pumping you might not get any milk at all or just small amounts, just keep going! Some women find it takes a couple of months to really get their supply going again, especially if their babies are not breastfeeding or are only occasionally breastfeeding.  Women who have never lactated or have had an extended period of time since breastfeeding might find they do not build up enough of a supply to exclusively breastfeed BUT most women will at least be able to partially breastfeed their babies and many women will eventually be able to exclusively breastfeed their babies. Keep positive!

2. Directly feeding your baby from the breast is the most effective way to increase your supply or relactate. Offer your breast to your baby frequently when they are happy! Do not try breastfeeding when your baby is upset or irritated as it will be nearly impossible to latch them on.

3. Hold your baby SKIN-TO-SKIN as often as you can, in a calm relaxed environment (lying in your bed, in a comfy chair, carrying them around in a sling at home etc. etc.).  This is an extremely important step. Although it sounds so simple, often this is how babies get interested in breastfeeding again.

4.  Many women find that by doing these steps they start to see an increase in their milk.  Some women find that by taking a galactogogue (a substance that increases milk supply), they are able to increase their supply even more.  The important thing to remember is that an herbal or prescribed galactogogue will only work if you take it while actively trying to build your supply at the same time.  You will not see an increase if you do nothing but take a galactogogue. Contact me if you have questions about this and would like to set up a consultation.

Now for some stories. The following two mums were generous enough to share their experiences.  Hopefully you will find their stories inspiring!

After experiencing chronic pain due to side effects from medications she received during her cesarean and becoming addicted to pain medication because of it, Liz made the decision to stop breastfeeding her baby.  She was devastated as she had attended breastfeeding meetings throughout her pregnancy and it was very important to her to breastfeed, yet she found herself in a situation where taking care of herself (and weaning her baby to do this) was vital to her well being.  She was able to get off of every medication she was taking (including anti-depressants) and started to feel like herself again. She was able to  focus on getting her milk supply back and getting her baby back onto the breast. Here is her incredible story to relactation and how she was able to breastfeed her baby girl again after having not breastfed her for over five months …

“As soon as I discovered that re-lactation was an option, I knew I had to try it.  I couldn’t get back those months with my baby, but if I could nurse again, I believed I could put my pain behind me.  I was not worried about my supply.  I knew I would produce enough milk and in the off chance I didn’t, I knew every little bit I did was important for my baby.  The problem was helping my baby remember how to nurse. 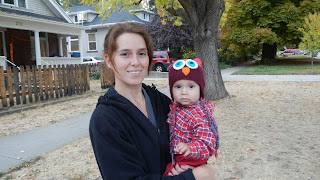 Here is Jemima’s story about re-building her supply after she realised her baby was not gaining weight.  He was diagnosed as “failure to thrive” and was hospitalised for twenty four hours.  The following is her story of how she got through it and back to exclusively breastfeeding a happy healthy baby!

It was my first pregnancy and we had planned for a home birth.  After an intervention free pregnancy and feeling fantastic, I went into labour having no drama’s at all, except for some full on pain and Jack’s head getting stuck half out.  He was then born a few hours later in an ambulance on the way to hospital and with an APGAR of 10 to the ambo’s surprise! 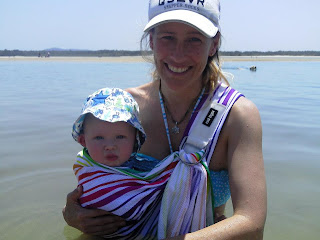 Baby Jack latched well and from what I thought also fed well from birth.  Despite getting through some intense pain as my nipples desensitised, being on the boob seemed to be his favourite place so that’s where he spent much of his first 2-3 weeks.  After visits from family at 3 weeks it was pointed out that Jack was ‘on the boob an awful lot’, ‘be careful not to get sore nipples’ and ‘maybe he needs to have a feeding routine’, I was just doing what seemed to keep him happy, but it got me thinking…. maybe they were right?  So I started being mindful of timing feeds.
About the same time Jack very slowly started to have slight unsettled periods late in the day.  At first they just seemed to be normal baby behaviour but they gradually became a bit worse.  He had one or two periods in the day when he would just cry like he had intense tummy pains or what I thought looked and sounded like ‘colic’ (later found out they were hunger pains).  I took him to some practitioners and said I thought he had colic.  It also seemed liked he was gorging and swallowing air at the start of a feed (probably because he was so hungry). It seemed he was getting too much milk too quickly and the advice was to space feeds apart so he had time to digest, feed lying back and only let him feed for 20mins at a time.  So we did this over a few weeks but he was still unhappy.  He was also looking rather slim by now and because I had been hibernating and only looking at him every day I hadn’t noticed just how much weight he had actually lost (or not put on).  When I weighed him he was only just over his birth weight at 8 weeks.
I am still not sure if I wasn’t producing enough milk from the start or by spacing and limiting feeds caused my milk supply to fall.  Either way it made the problem worse and we ended up in hospital as a ‘failure to thrive’ baby.  It was found that Jack simply wasn’t getting enough milk so I embarked on doing everything possible to increase my supply.  This is when I met Meg.  I didn’t want to feed Jack formula so with Meg coming into hospital to pump her milk for Jack and then other mums donating their milk once we were home again, I started taking Fenugreek, Domperidone (a prescribed galactogogue), had acupuncture, saw a chiropractor, ate heaps of good organic grass fed meats and fats, talked to lactation consultants, started pumping day and night with a heavy duty double breast pump and had Jack on my breast as much as possible, day and night.  Jack immediately started to gain weight and ever so slowly my milk supply started to build up.  It took about 4 months before Jack could rely 100% on me for milk and about 2-3 months to wean myself off Domperidone.
All the effort was so worth it in the end and now I am so glad I didn’t give up even when at times it seemed like I wasn’t getting anywhere.  Jack is now a very healthy and strong 12 month old and I cannot give enough thanks to – Meg, Danielle and all the other mums that helped and supported me through this time.
Love, Jemima & Jack.
Book a breastfeeding consultation with Meg NOW!

Check out my books! They have 5 star ratings on Amazon!